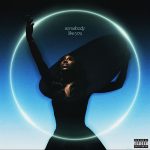 Championing new music is what we do and we’re focusing specifically on Bree Runway.

Described by the media as “A superstar in the making” – The Guardian,

“An icon for confidence and empowerment” – NME

British pop trailblazer Bree Runway continues her ascent to global superstardom with magnetic new single ‘Somebody Like You’ out now.

‘Somebody Like You’ is a stunning neon-lit devotional that showcases Bree’s emotive and dynamic vocal talents. Built around propulsive ‘80s-inspired drums, subterranean padded synths and captivating melodies, it illuminates a new side to Hackney-born singer’s limitless artistry, one which the Guardian said “further cements her unique position as a rising pop star who eschews convention to embrace complexity and contradiction”.

Speaking about the track, Bree says, “An ode to my future lover, in a generation where love and relationships have become so transactional, I’m still preserving myself for the real thing. “Somebody like you” he is also like me, he will see value in a love that can’t be bought, it simply just is. It can be such an empty, soulless generation but in all of that I am still sure there is a precious diamond in all the dirt for me.”

‘Somebody Like You’ is the second song from a trilogy of releases and follows previous single and manifesto of self-confidence, ‘Pressure’ – watch the dance video here. Each song reflects a different facet of Bree’s personality with Somebody Like You and the accompanying video showcasing her “lover girl side”. It continues an incredible 2022 for the BRIT-nominated Rising Star, who started the year landing in the NME 100 Class of 2022 and receiving two nominations for the NME Awards 2022 – Best New Act in the World and Best New Act from the UK – and is the current cover star of Clash Magazine.

This year also saw Bree head out on her first ever UK tour, the London date, originally booked for Heaven, sold out in a few hours and the shows won unanimous critical acclaim – in a four star review The Guardian raved, “The Hackney-born artist flits from hip-hop to stadium rock to silky balladry in a showcase of class that delights”, Evening Standard’s five star review proclaimed, ‘Bringing the bold ambition of a full-scale pop production to the intimate surroundings of the venue, Bree Runway truly feels like a superstar-in-waiting’ and The Telegraph said in their five star review, “Michelle Obama was right : Bree Runway is a superstar in the making”

An incomparable and undeniable musical visionary, Bree Runway has collaborated with icons such as Lady Gaga and Missy Elliott, and counts Doja Cat, Chloe Bailey, PinkPantheress and Cardi B among her many fans. From her DIY grassroots beginnings to forging her own path through the music industry, she has constantly redefined what it means to be a pop star, building over 100M global streams across her music catalogue in the process. From the genre-defying music and spectacular flair for performance, to the jaw-dropping fashion and her unwavering determination, Bree Runway’s star will only continue to burn brighter. 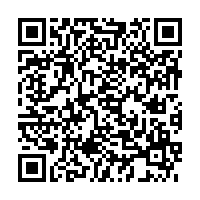